The Marsh harrier at the Stagno Urbani di Fano is not certainly an unexpected visitor.
But that afternoon four years ago, it was April 20, 2008, a juvenile female really gave the show! 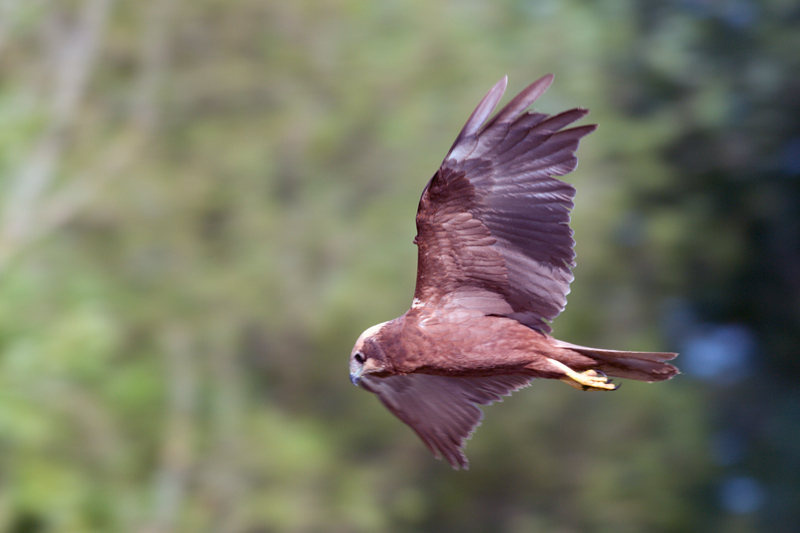 Following the time the Exif data of the photos I can reconstruct the scene:
arrival ‘at 17.20 and I was already hidden in to the hide.
He, as usual,  causing a general stampede among ducks and hens present, then  at some point decided to attack! 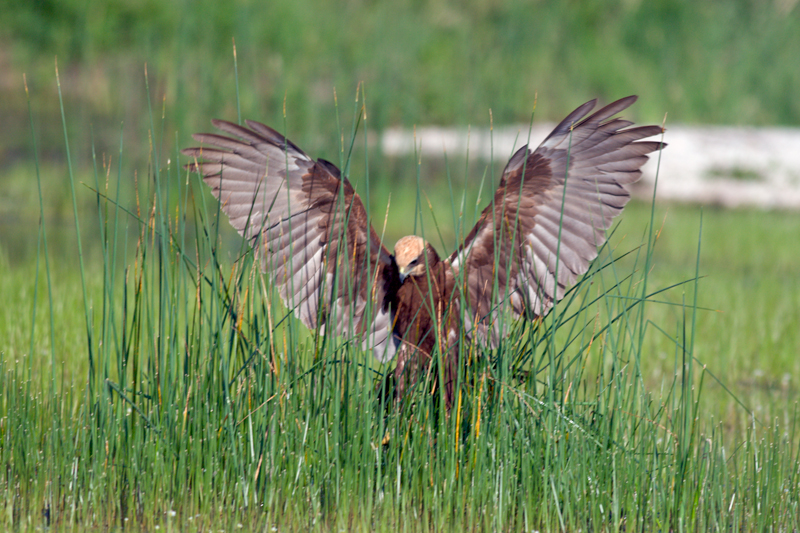 For the unfortunate moorhen there was no escape.
But at some point  he saw me 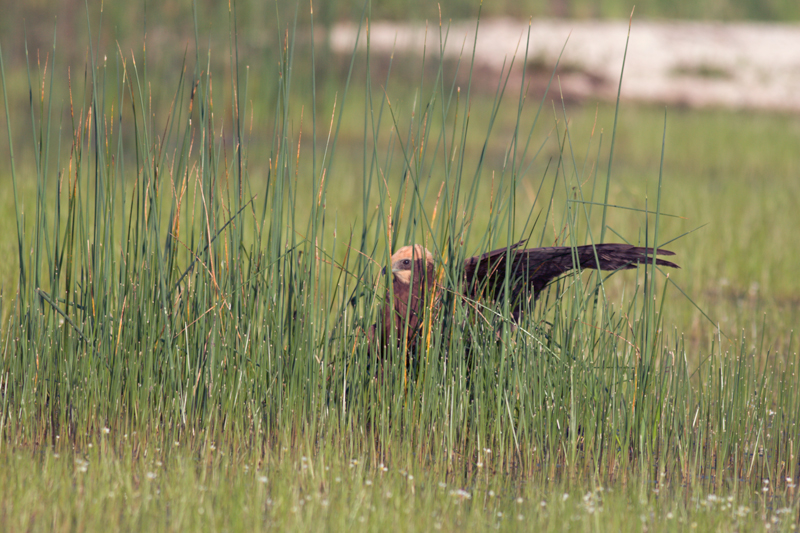 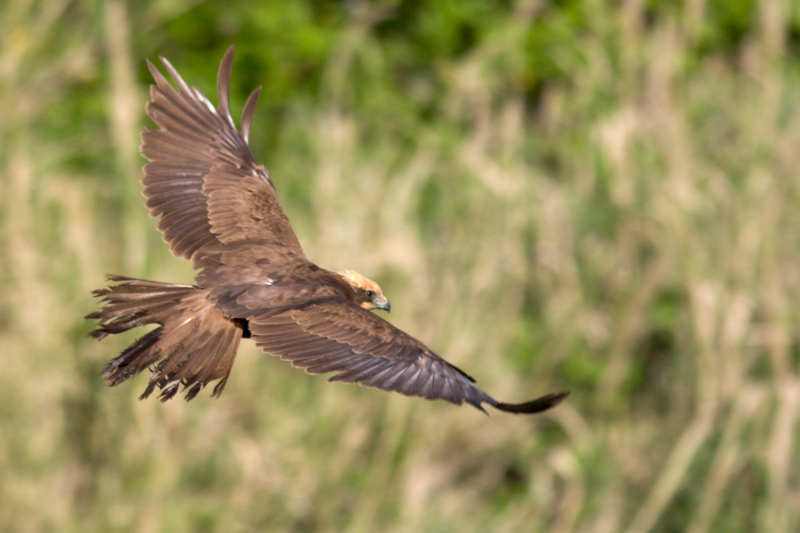 The young female hid behind a cane and began ‘a hide and seek between me and him since to 17.50 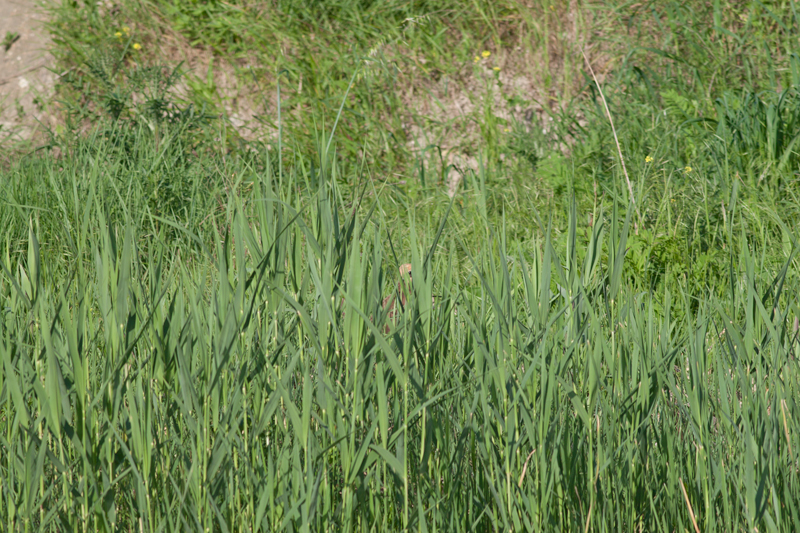 He decided to return to the prey that had killed that was at the center of the swamp, in the following image is protecting the prey 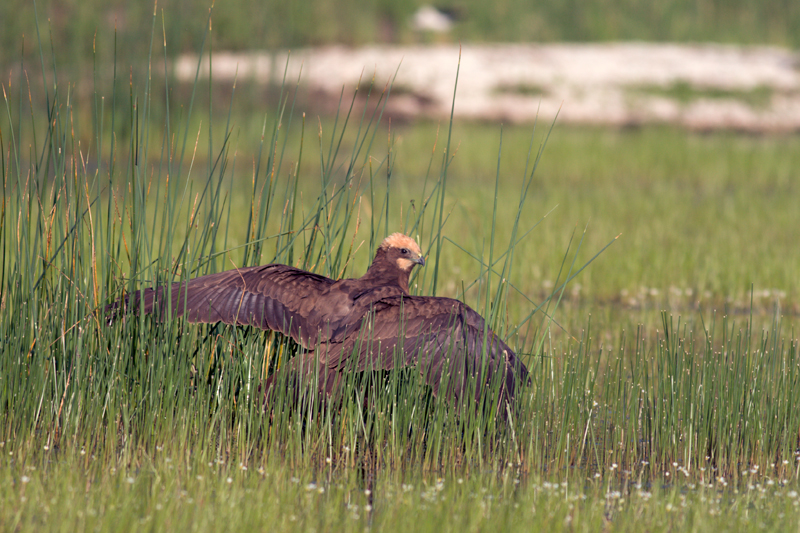 only a heroic coot try to bother 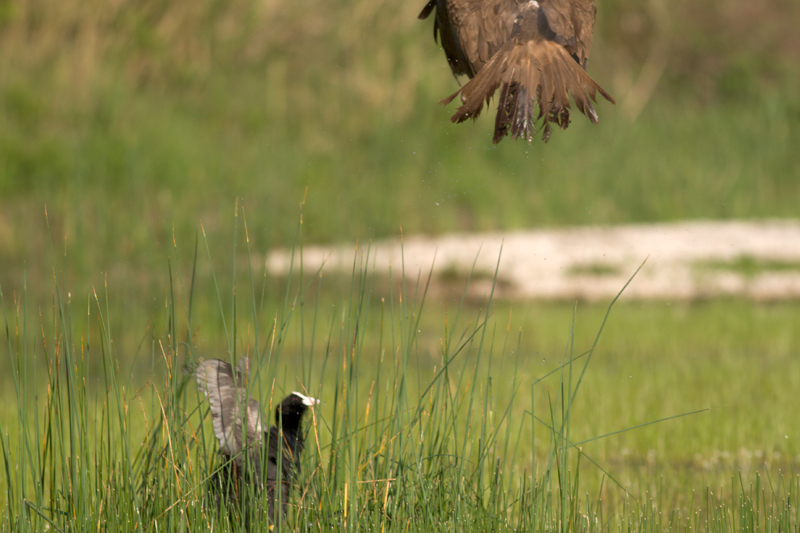 But in the end he decided to carry the heavy burden and  to eat somewhere else! 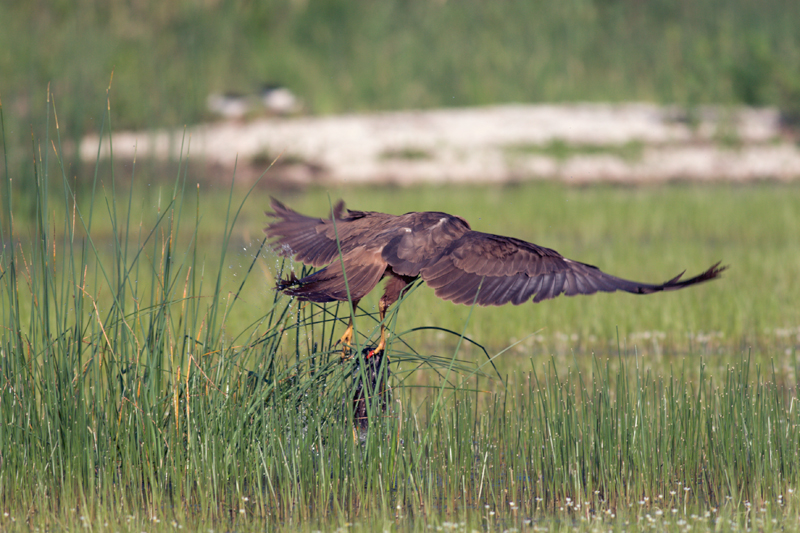 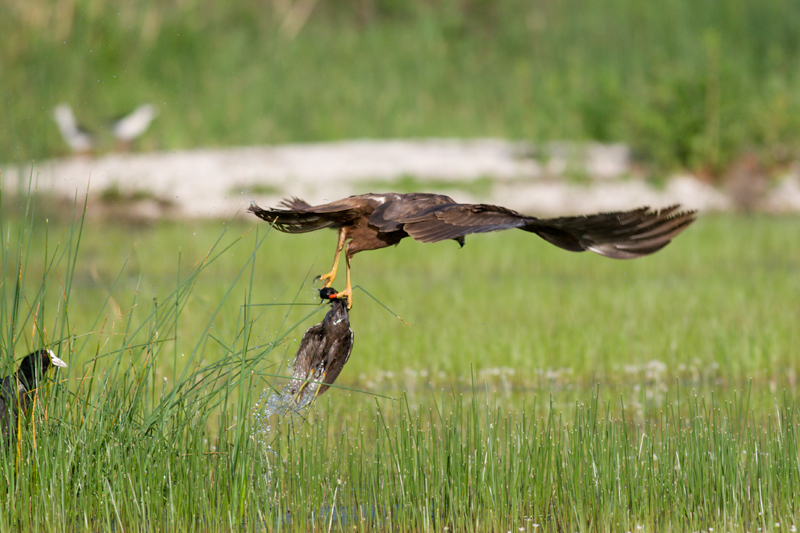 With wings soaked the moorhen was too heavy and fell prey in the water twenty meters over.

At that point I thought, well satisfied of shots taken, to get away to make sure that my presence did not prevent the meal of the falcon.